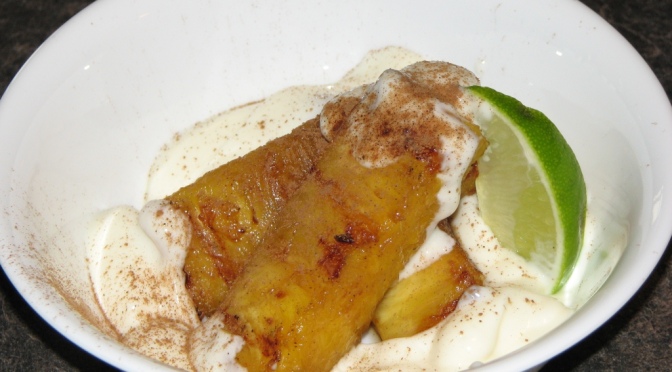 We had some leftover pineapple in the fridge so I thought I would grill up a dessert on the Big Green Egg.

I used to make this with brown sugar, but decided to try maple syrup so that I wouldn’t have to try to dissolve all the sugar in the mix… also I LOVE real maple syrup!!!

So the recipe was quite simple:

Put all this in a Ziploc bag and marinate for about 6-8 hours (for best results) but it can be just an hour if you don’t have a lot of time. 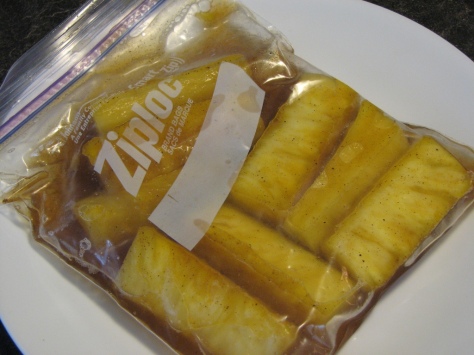 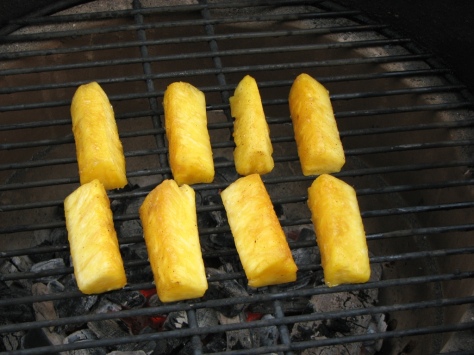 Cook for about 10-12 minutes, keep an eye on them, you don’t want them burning!!! Just get them nice and caramelized! 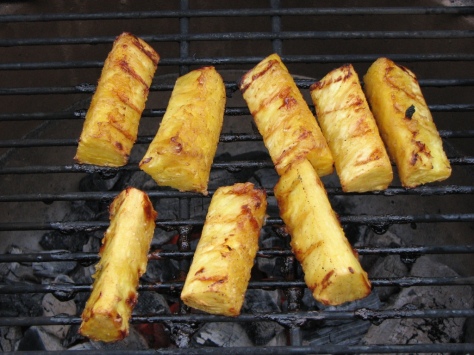 Then I normally like to top with vanilla ice cream, but since we had none 😦 so I improvised and used vanilla yogurt instead. Not AS good, but probably healthier. 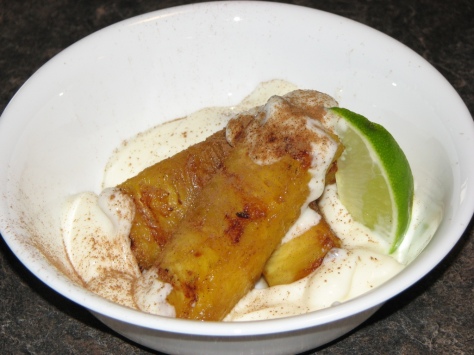 Normally if I have ice cream, I make a rum butter sauce with the marinade. Simply reduce the marinade by about half, add some butter and drizzle back over the pineapple and ice cream. I didn’t do it this time because I didn’t think a Rub Butter Sauce would work with yogurt!

One thought on “Maple Sailor Pineapple”