The DigiQ DX2, which is made by BBQ Guru, is a digital pit controller that allows you to electronically control the temperature of your cooker and keep it steady. You set the desired temperature of the Pit and the desired doneness of the meat and you let it do its thing. There is a fan the plugs into the bottom air vent of your Big Green Egg, 2 thermometers and the electronic controller unit. These pit controllers are not cheap and we were thrilled to win this as the first place prize for winning Fargo EggFest 2012! The one we have is the version that is officially branded by Big Green Egg, but it is still made by BBQ Guru.

So once I figured out what was what and how it works, I got my XL Egg set up, then I rubbed the pork butts down with the Cluck & Squeal Low Salt Rib Formula. I like this for butts because I don’t like all the extra salt. 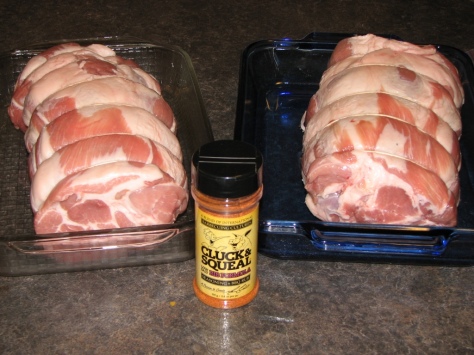 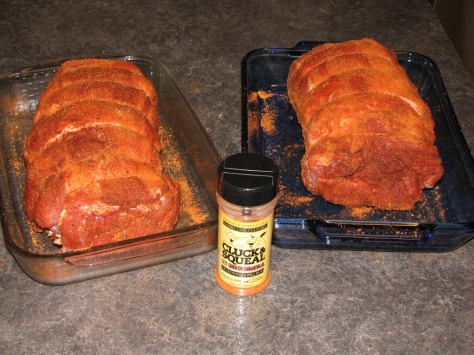 I took everything outside, lit the Egg and got it all set up. The way this thing works is that you put a blower fan into the bottom air vent of the Egg, then you clip a grid level thermometer on the grill and you put a thermometer into the meat. 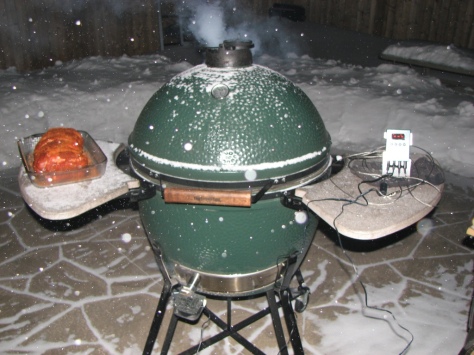 You program this little green box with the desired cooker temp and the desired finished meat temp and it will activate the blower to stoke the coals to keep it at the set grill temp. 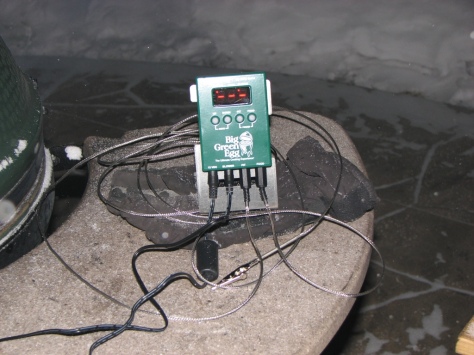 Butts went on to a smoking Egg that I used a combo of hickory and maple smoke.

It took about 14 and a half hours to cook two, approximately 8 pound butts, which is standard. In the morning, the finished internal temp of the Butts was 203 when I took them off. I had it set to 205. 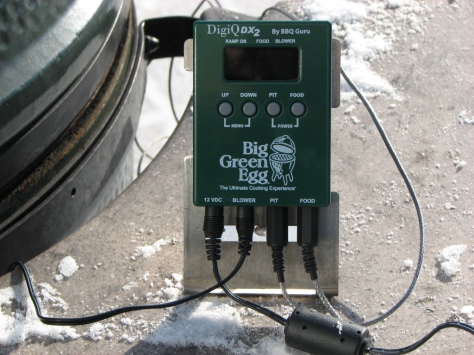 What is really cool about the DigiQ is that it has what they call Ramp Up zone, so that when it gets near to the desired final meat temp, the blower slows down and lowers the temp of the Egg. In all my past Butt cooks, the last couple hours always always see the Egg temp start to climb as the meat gets closer to finished. The last hour is usually riding around 300F. With the DigiQ it counters the rise in temp to keep everything even.

Another great feature is the Open Lid detection. Every time you open your lid, the temperature inside the Egg will drop. This would normally cause the fan in the blower to kick on but with open lid detection, the DigiQ decides that the sudden temperature change is because of an open lid and instead keeps doing what it would normally do. This is awesome because if every time you opened the lid, the fan kicked on, it would be stoking your fire and end up over-compensating. It would mean that you would get all kinds of crazy temperature fluctuations.

The DigiQ also has 2 separate audible alarms, one if if the Egg gets too hot or too cold and another as the meat nears it’s desired temperature. I never use those features because my windows are usually closed when I’m smoking meat. But the upside is that you can mute them if you want to, and I do.

Check out The Naked Whiz’s article explaining how the DigiQ works here. He has all kinds of technical info to explain how all the different features work.

So after 14.5 hours the Butts were ready to come off. 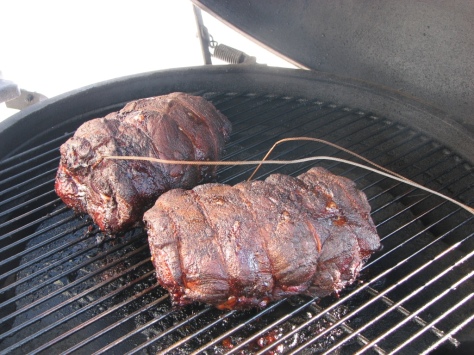 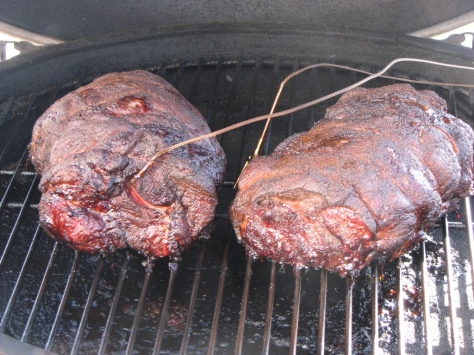 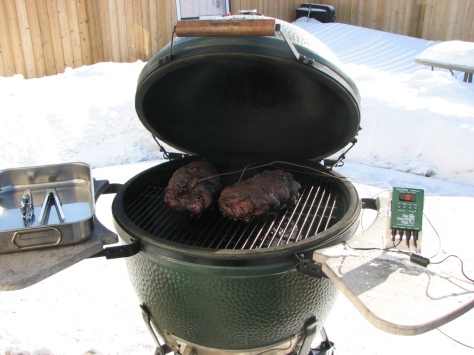 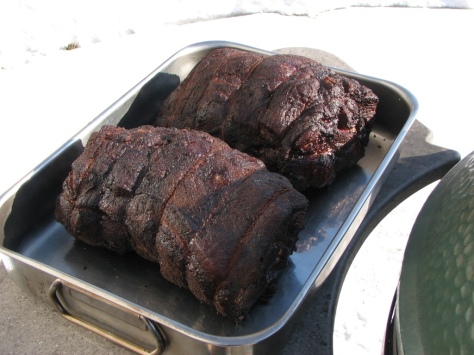 I let them rest for about 30 minutes before I started to shred them. I have to say that this was by FAR the juiciest pulled pork I have ever made!!! It just fell apart with little effort and I got a nice smoke ring on the outside. 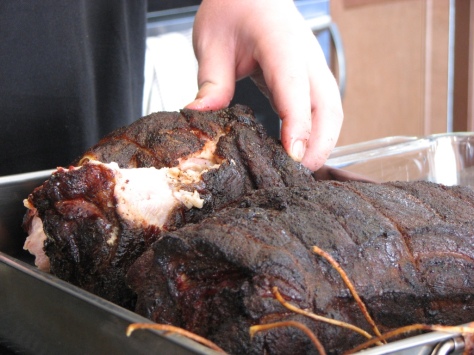 In the end, and I know I have said this before… but this was the best pulled pork I have ever made. I find that sometimes they get over cooked, but with the control of the DigiQ it made it super easy. Now I was still a little leery of leaving the thing over night but I did get more sleep than I normally do on an overnighter but next time I’m just going to set it and forget it and head to bed!

I can’t wait to try it out on ribs and I have a few briskets in the deep freeze that need cooking! I highly recommend getting a DigiQ if you like to do Low N Slow. I didn’t think the DigiQ would make that big of a difference since the Egg usually holds its temp pretty well on its own, but honestly it really really did! I have never made better pulled pork!!!