Happy May 2-4 to all the Canucks out there!!! Hope it’s a good one! If it’s anything like Manitoba it ALWAYS rains here and it’s not looking good right now.

Of course the days leading UP to the long weekend are always nice and yesterday was beautiful outside. So with Jackie being indifferent to what I made for supper, I went to the butcher and picked up a small beef tenderloin roast. 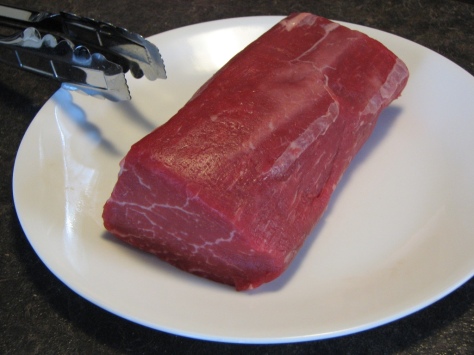 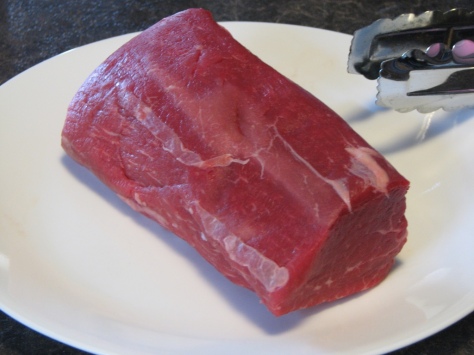 We decided for this one to go back to basics… salt, pepper, steak and fire!!! I did give it a shot of worchesetershire while searing, but sometimes it’s nice to leave the fancy rubs and marinades in the cupboard and just go simple! 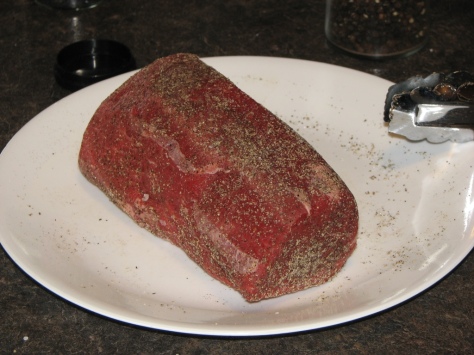 Marc from Ontario mentioned to me the last time I did a roast that he did a reverse sear on his, where instead of searing the meat first then letting it finish indirectly, you do it the other way around and start indirect and sear at the end.

I thought this sounded like a great technique to try, so I put my Egg to the task.

I started by setting up the Large Egg to cook indirectly at about 425F. I used a meat thermometer to let me know when the roast hit 120F internal. 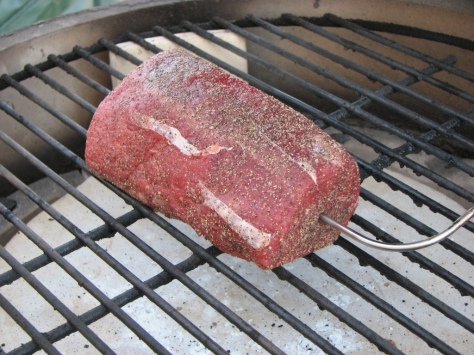 At this point I pulled the roast off the Egg and removed the plate setter and opened up the Egg full blast to give it a good hot, fast sear 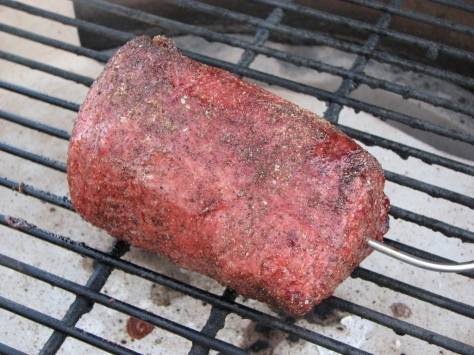 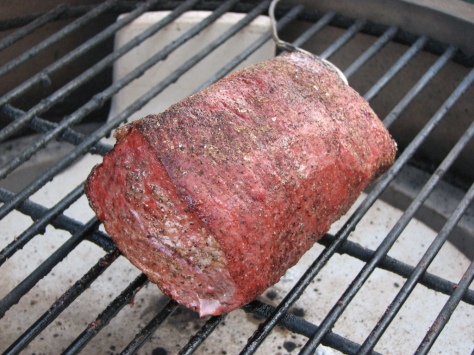 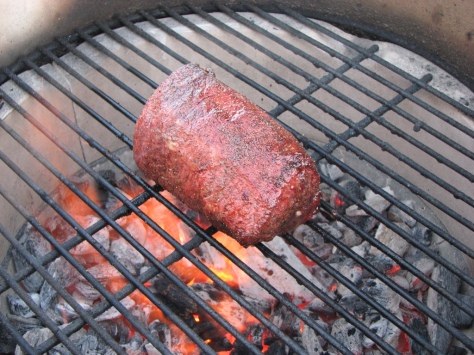 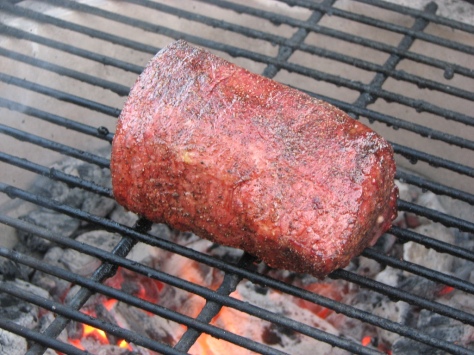 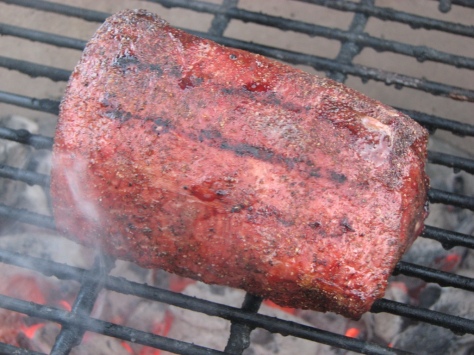 I seared the roast on various sides for about 5 minutes total and then brought it in to rest.

After about 15 minutes resting (while I finished the mushrooms and cauliflower) I sliced it into steaks for serving. 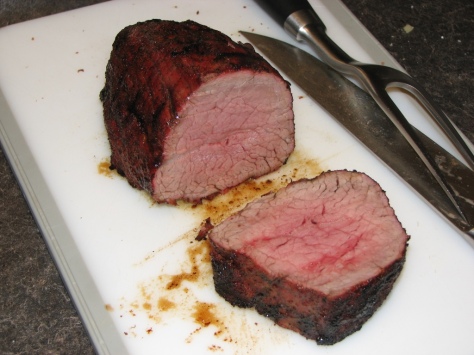 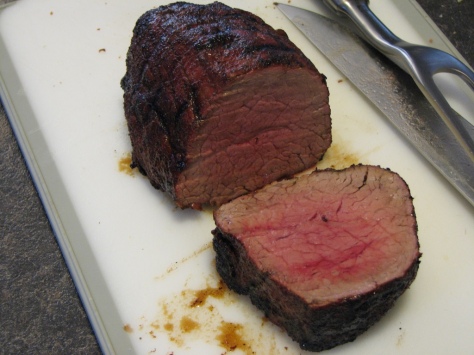 This was one of the most tender cuts of meat I have ever done. I would like to try the reverse sear typical steak instead of a roast, but I think it would work just as well. I am quite impressed and I will play around with this technique some more!