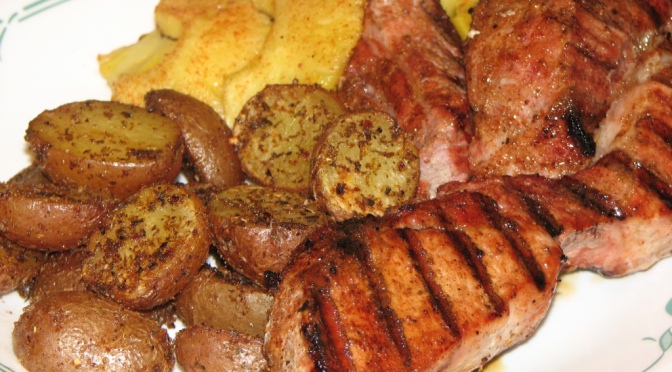 We have a few posts we have to go back to and get you caught up on but before we do that, here’s tonight’s Egg cook.

I stopped in at Kelmar Meats today to pick up a whole beef tenderloin for our Festivus dinner tomorrow and a couple of pork butts to take to my friends at work on Monday. But I also needed something for dinner. And then they caught my eye. Pork Country Style Ribs. I HAD to try these! I had seen them done before on the Egg forums but have never really seen them around town. They had 4 of them and I grabbed them all. 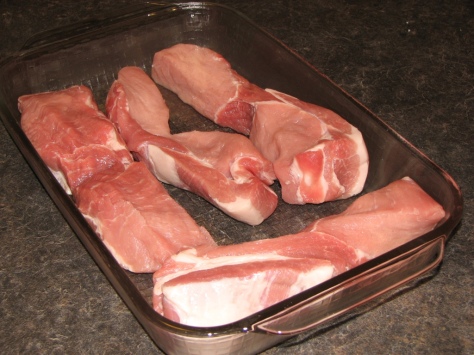 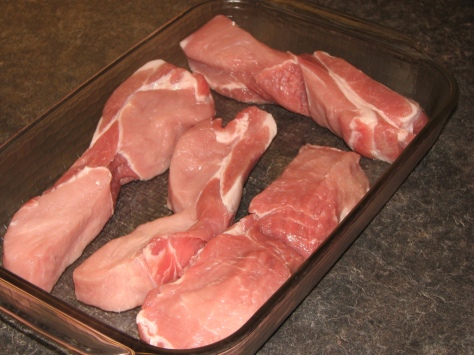 So what exactly is a Country Style Rib? Good question!!! Well according to amazingribs.com “Country-style ribs are not really ribs. They are cut from the front end of the baby backs near the shoulder and a tray of country-style ribs in the grocery store will contain few, if any, ribs. In fact, if there are bones, more than likely they are from the shoulder blade.”

Now that I had these, we had to decide what kind of rub to use. Jackie suggesting going with the Dizzy Pig Jamaican Firewalk. Since we still had some left over pineapple from the weekend I thought why not!!!

So I hit them with the Firewalk and could have actually gone a little heavier.

I then put the ribs on the Big Green Egg directly using my raised grid at about 375-400F and they took about 20-25 minutes to cook.

While the pork was resting, I put the pineapple on

In addition to the pork and pineapple I also did some Jamaican Jerk potatoes that I baked in the oven on a stone. I just used a Pampered Chef Jerk rub on those. 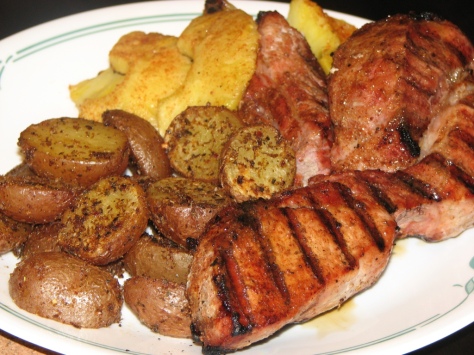 Overall these ribs were great!!! We’d definitely do these again!!!