It’s been a very busy month with not a lot of time for posting, so here are our pics from WinnipEGGtoberfest a couple weeks ago. Enjoy!

I started out by making a couple pork butts. Got up to put them on the Egg at 4am, this was around 9am 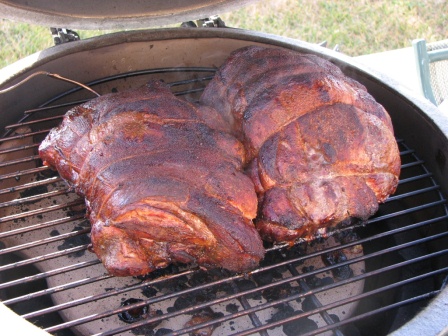 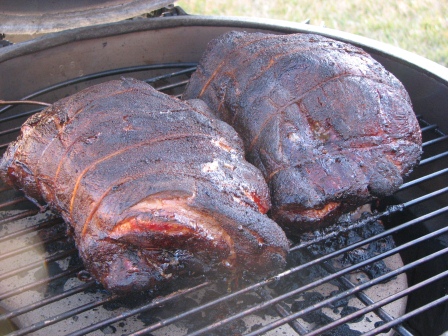 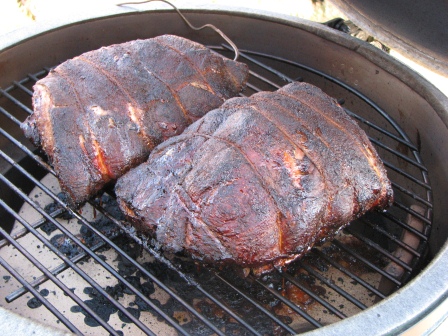 Then we put some cabbage on, stuffed with butter and Cluck & Squeal

I also made some mushrooms and tofu for my Veggie friend 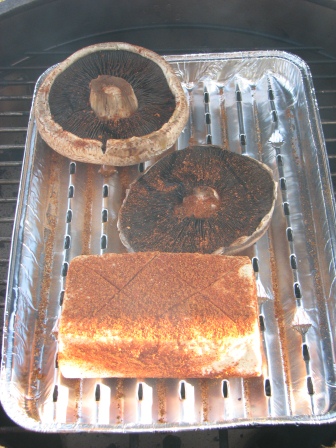 Next came the Egg baked brie with home made apple butter 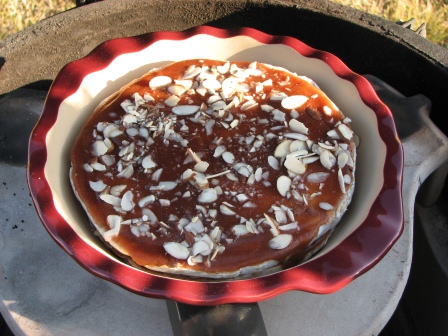 We then did some Scotch Eggs 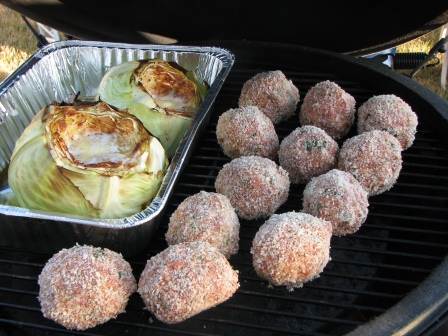 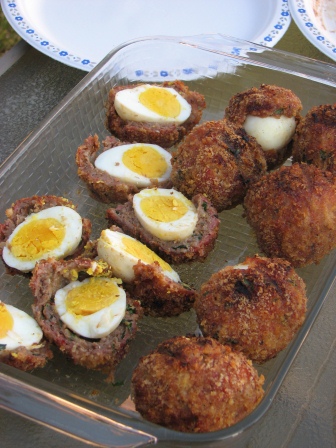 Next were some shrimp skewers

Then some pork skewers that I forgot to get pictures of. Next came some prosciutto wrapped shrimp

And blue cheese scalloped potatoes (oh man did the blue cheese ever take it to new heights!) 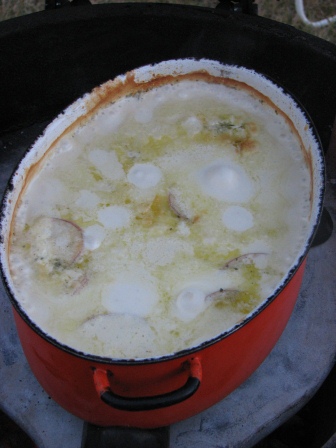 We also had some fantastic stuffed peppers! 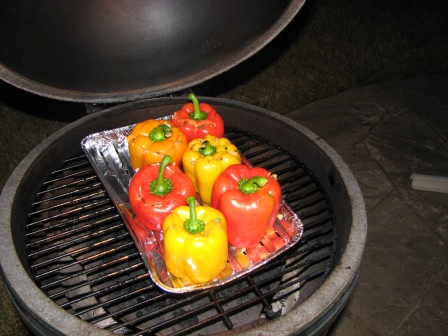 Just when you thought we were done, we pulled out some bear sausage. Yes you read that right, bear sausage. Jackie’s aunt and uncle own a fishing lodge in Ontario and someone made these for them. We had never had bear before, but it was pretty damned good! 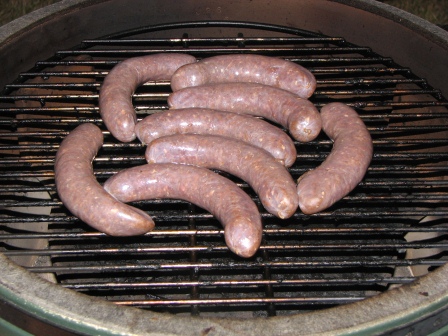 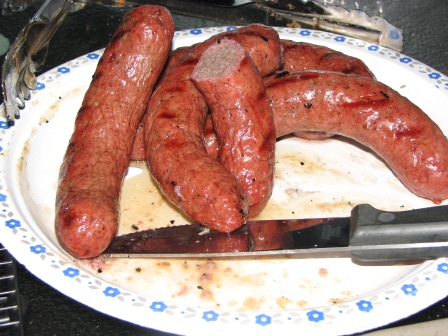 After Yogi and Booboo, we had some Tandoori chicken, home made naan bread (which I was too busy cooking to get a picture of) and then some grilled pineapple. I wrapped the chicken and pineapple in the naan for a very tasty wrap.

So that WinnipEGGtoberfest 2012! We had SO much food, a keg of beer and a ton of fun. Can’t wait to do it again next year!