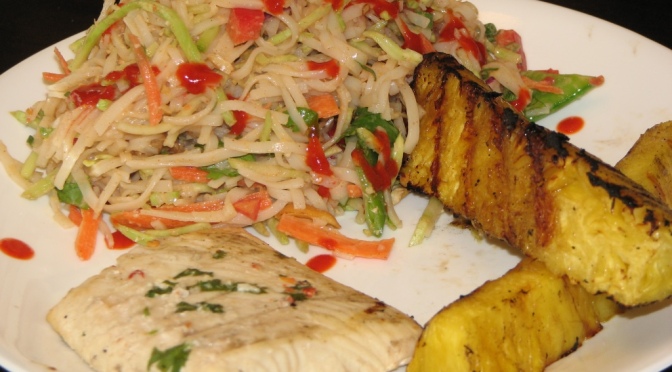 I was thinking about calling this a Thai Coconut Halibut, but really, it was about as authentically Thai as I am! 🙂 (I am of Scottish & Ukrainian decent for the record). Let’s just say it was inspired by the flavours of Thai food and the balance between, sweet, salt, sour and spice that you find in a lot of Thai cooking.

I wanted to add lemon grass to this marinade as well, but they didn’t have any at the store. 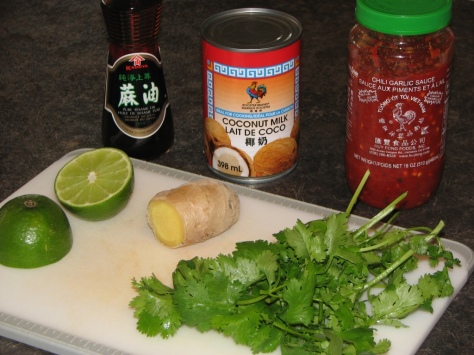 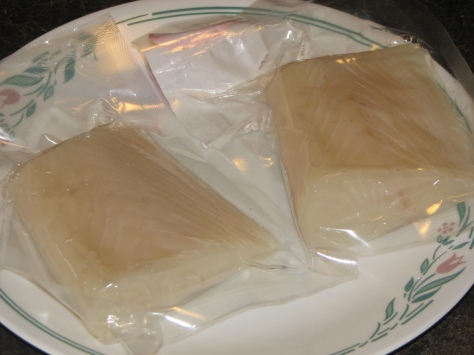 Combine all the ingredients in a big bowl… 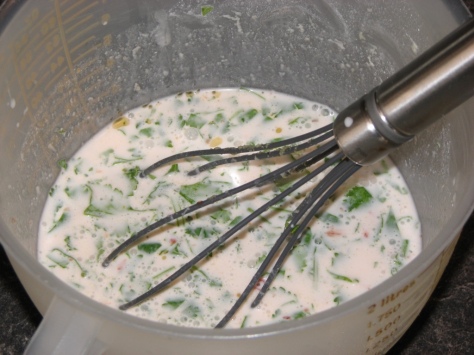 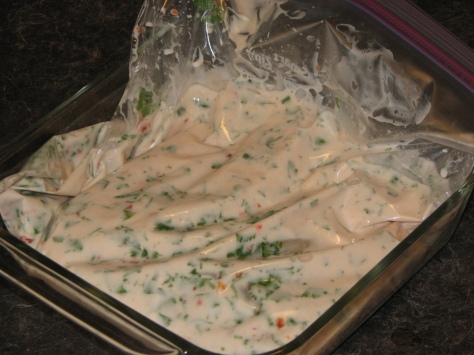 I put the regular grid on the Egg first, then at the back I put the broken 2/3s of my plate setter, legs facing up, then on top of that I put my home made raised grid. 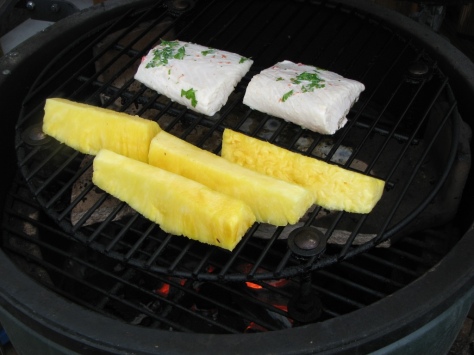 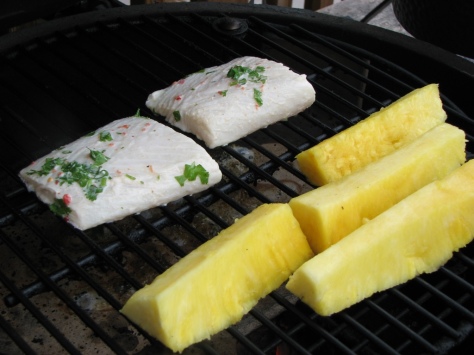 This actually worked perfectly!!! If you don’t have a broken plate setter, the half moon stone might be a good investment.

I plated it up with a Chilled Thai Noodle Salad that I found on The Fig Tree, a fantastic local vegetarian cooking blog I came across recently. 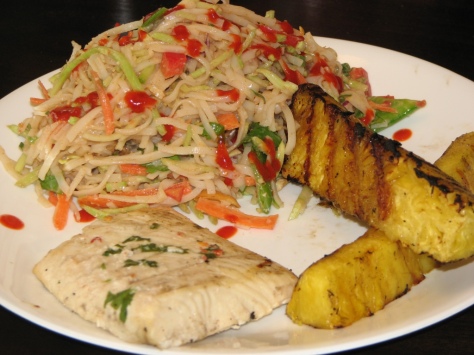 In the end, the fish and the salad both turned out pretty good… I think I could have used a bit more chili sauce and a bit more sesame oil in both, but you never know with those things and don’t want to over power them on a first try.