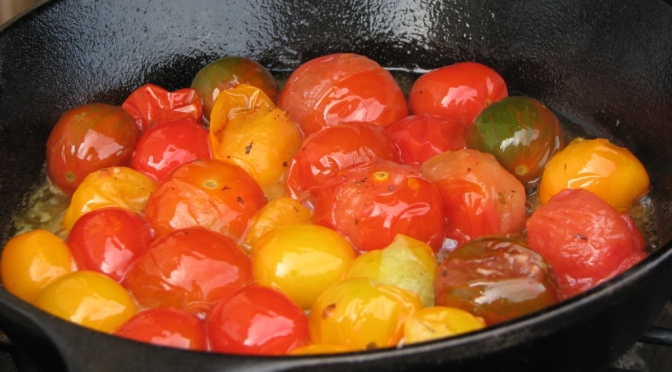 It was a sauteed spinach & grilled artichoke pizza with feta, toasted pine nuts and a home made fire roasted tomato sauce! 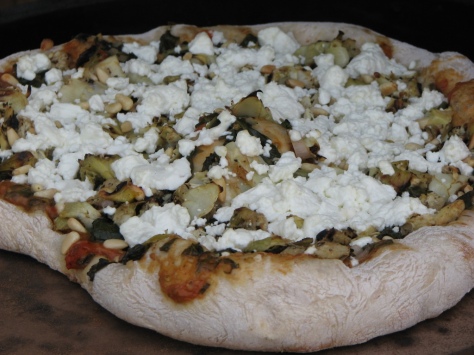 But let’s rewind a bit…

I started with some awesome multi-coloured plum tomatoes and I tossed them in some olive oil a few cloves of minced garlic and a bit of Italian Seasoning. I then pre-heated my Mini Big Green Egg and a small cast iron skillet and then tossed the tomatoes and oil into the hot pan. I used my Thermoworks Infra-Red thermometer to tell me when it was hot enough (about 350F) and I cooked the tomatoes, tossing them in the pan a bit over the open flame until they practically reduced to sauce on their own. 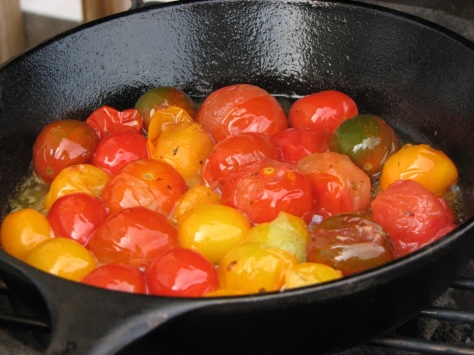 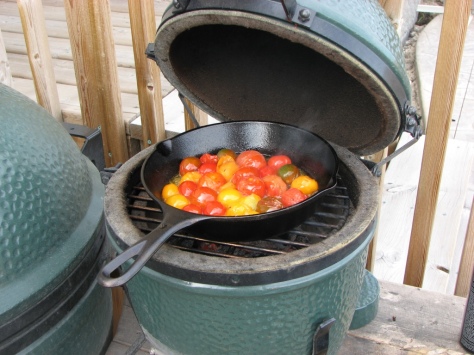 At that point I added a whole bunch of fresh chopped basil!!! I LOVE fresh basil! Might be one of the best aromas around! 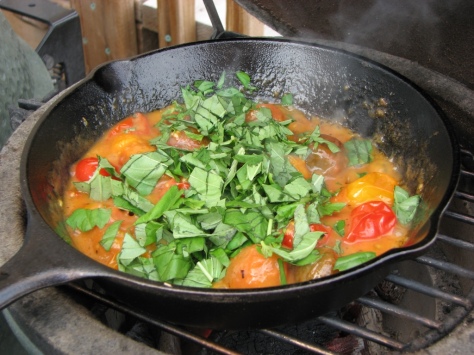 After the basil was cooked down (a minute or two), I hit the sauce with a splash of reduced balsamic vinegar. I actually found a pre-reduced sauce at Costco and thought I would try it out. You can make your own or buy a pre-reduced one. 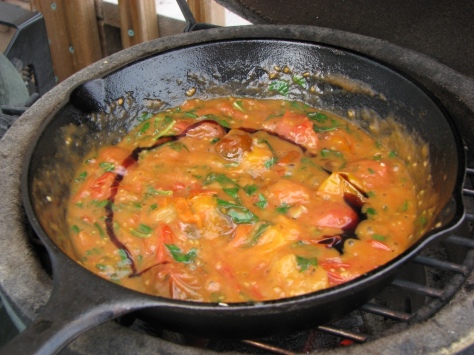 I cooked this about another minute and then took it off to cool, while I grilled up some canned artichoke hearts that I had tossed in Olive Oil and Italian Seasoning as well. 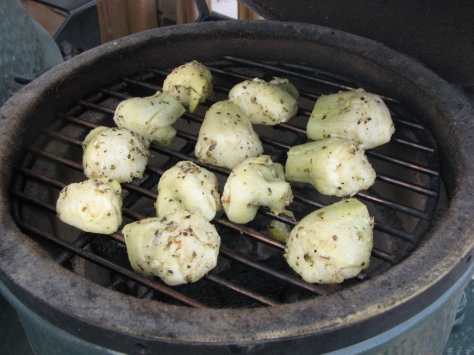 While the artichokes cooked, I toasted some pine nuts on the stove and wilted some spinach with shallots and white wine and olive oil.

When the artichokes were done I chopped them up and then built my pizza by rolling out the dough first, then some home made sauce, pine nuts, spinach, artichokes and topped with feta cheese and onto a hot (650F) Large Big Green Egg, where I had pre-heated the pizza stone to just under 600F (again, checked with the infra-red thermometer) and it cooked for 4 minutes. 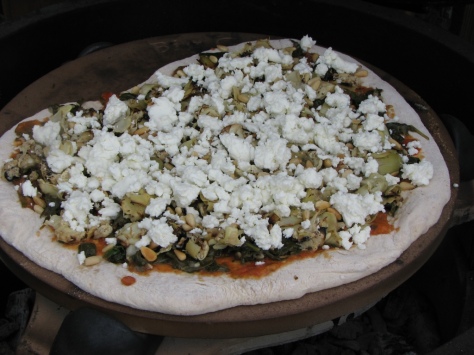 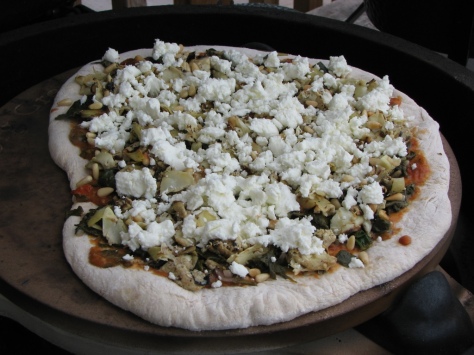 This pizza turned out awesome!!! Forget store bought sauce from now on, this was so easy and SOOOO good!!!
Happy Egging!!!
Brian